The museum offers an array of fantastic exhibits and has around 8,000 square metres of public display space, featuring material from collections all around the world, one of the main attractions is the preserved Egytian mummy ( Yikes ).

You can view the full permanent Museum exhibitions below. The museum also offers temporary visiting displays that travel around different museums and recently even featured some of the works by the brilliant Leonardo da Vinci.

One of the main permanant displays is about Northern Ireland's turbulant past and offers a deep insight into the Troubles from the beginning to present day. If your interested in learning more about the Troubles we offer a Political taxi tour that will bring you into the heart of both Nationalist and Loyalist areas.

The Ulster Museum is located in the stunning Botanic Gardens, a stones throw from stop 10 on the Hop on Hop off tour, a short 2 minute stroll away will bring you to the museum through the gates of Botanic Gardens. The museum also has a cafe for refreshments or you can visit one of the local eateries in the area and reboard the tour bus when it next passes stop 10 ( Queens Unversity ).

Also featured is Ireland's largest public collection of costumes and textiles, with some of the objects dating back to the early 18th century. Over three centuries, costumes illustrating social history is well defined. One of their highlighted pieces is and 18th century suit worn in 1751 by the 'Black Rod' of the Irish Houses of Parliament. Step back into the time of the Vikings and when they began in raid Ireland in 795AD. Most of the pieces you will see on display are made of metal and either broken or damaged, this is a result of their raids on churches and monasteries. Some of the Viking items were discovered in an unusual way. When the River Blackwater (that flows through various counties in Ireland) was being cleaned and deepened various artefacts were found, although it is unknown how they ended up in the river. For those looking to learn a little bit more about the Troubles, the museum has a Troubles collection featuring political posters, prison-made objects, and badges, along with an Art of The Troubles collection. Collections also include various objects from around the world that were donated by people travelling and working abroad. Several of the displays highlight the objects from Asia, Africa and Oceania including the spectacular treasures of the Spanish Armada and archaeological material from ancient Egypt - featuring Takabuti, the Ulster Museum Mummy.

Free for everyone ! Donations can be made on the way out - Optional.
If you enjoyed it, £5 - £10 recommended upon departure.

The Ulster Museum is open Tuesday-Sunday from 10 a.m. to 5 p.m

WHERE IS THE MUSEUM ?

Car parking is availabe at the side of the Musuem, on the bottom of the Stranmillis road. However this is on street parking and it can be hard to find a space in this area. No public parking available in the grounds of the museum. 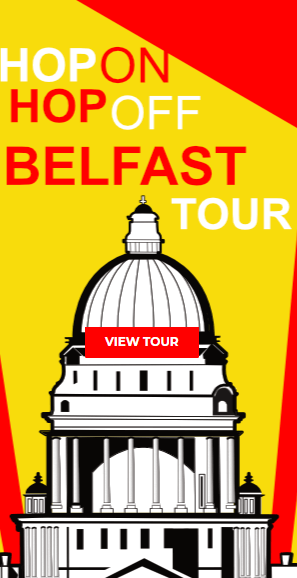